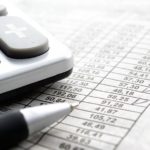 Provisional taxpayers are generally those taxpayers who earn income from sources other than a salary. In other words, PAYE is not deducted from these other sources of income on a monthly basis and paid over to SARS. As is the case with PAYE, provisional tax presents a cash flow mechanism to National Treasury through which to gather prepayments of an ultimate tax liability throughout a tax year on income which is not subject to the PAYE regime and which would otherwise only have been paid some time later when an annual income tax return is ultimately submitted. This can be as much as a year later.

For the first sixth-month estimate to be submitted an estimate is required to be made by the taxpayer of the estimated amount of taxable income that will be earned for the full year of assessment: half the amount of tax due on that estimated amount is required to be paid over to SARS at that date already, albeit after taking into account any amounts of PAYE also already deducted, where salary income is also earned. For the second provisional tax return, an estimate should again be submitted, and the tax on such estimate again be paid over (after taking into account any amounts of PAYE already deducted during the year as well as the first provisional tax payment already made).

Similarly, taxpayers earning less than R1 million taxable income are subject to the same 20% penalty, but within a 90% margin of accuracy instead of 80%. These taxpayers are afforded additional relief though in that they are permitted to submit as an estimate a factor of their last assessed taxable income without running the risk of incurring a penalty, even if this amount ultimately is less than 90% of the actual taxable income determined.

This article is a general information sheet and should not be used or relied upon as professional advice. No liability can be accepted for any errors or omissions nor for any loss or damage arising from reliance upon any information herein. Always contact your financial adviser for specific and detailed advice. Errors and omissions excepted (E&OE)