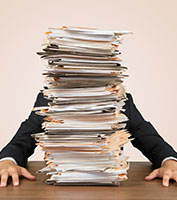 Section 37 of the Tax Administration Act, 28 of 2011 (‘the Admin Act’) requires taxpayers to report a transaction which would qualify as a ‘reportable arrangement’. Failure to do so will result in a monthly penalty being levied against non-compliant taxpayers ranging from between R50,000 to R300,000 per month (section 212), for up to 12 months. The purpose of requiring taxpayers to report certain transactions is obvious: to allow the South African Revenue Service (‘SARS’) to monitor transactions on an ongoing basis which it considers exhibiting potential traits of tax avoidance.

An ‘arrangement’ (defined as including any transaction, agreement, scheme or understanding) is considered to be a ‘reportable arrangement’ if either it meets one of the criteria set out in section 35(1)(a) to (e), or if it is specifically listed in a public notice issued by the Commissioner for SARS.

This article is concerned with only the latter, and such a public notice was issued by the Commissioner on 16 March 2015 in Government Gazette no. 38569 as Notice 212. It lists the following transactions, summarised below, that may constitute ‘reportable arrangements’ as listed in said Notice:

The obvious purpose of allowing the Commissioner to publish a list of arrangements such as the above is to grant SARS the ability to identify transactions and/or structures which are often used by taxpayers in tax avoidance schemes. The ability to publish a list, such as the above, allows SARS to adopt a flexible approach to identifying and monitoring tax schemes and to retain the capability to publish even further transactions that are required to be reported without having to undergo the lengthy legislative process to have these transactions listed in the Admin Act itself.

Other than containing a list of transactions that would per se qualify as reportable arrangements, the Notice also determines that for purposes of those arrangements mentioned in section 35(1)(a) to (e) referred to earlier (as opposed to those listed in the Notice itself), a transaction would not be reportable if the tax benefit arising from the arrangement for all persons involved would not exceed R5 million. This R5 million threshold does however not apply to the list of transactions referred to above and listed in the Notice itself.

This article is a general information sheet and should not be used or relied upon as professional advice. No liability can be accepted for any errors or omissions nor for any loss or damage arising from reliance upon any information herein. Always contact your financial adviser for specific and detailed advice. Errors and omissions excepted (E&OE)